Whether it is movies, TV shows, Live TV, or web channels, you can stream everything on Stremio APK for Android. The Stremio app comes with an add-on catalogue. Post-Stremio APK download on Android, all you need to do is head over to the catalogue section and install the add-on(s) from where you wish to get the content.

In this post, we are going to throw more light on the Stremio APK Mod download on Android and its working. Stremio is a modern approach to content consumption. All the video entertainment that you need, you can discover, organize, and watch on Stremio APK with the help of add-ons. You can check out – Cinema HD APK Free Download on Android.

Apart from the general video entertainment in the form of movies, TV shows, and Live TV, you can access sports content, podcasts, and much more.

The user interface of Stremio allows you to easily search for the video titles that you wish to stream. You can either search directly or browse using different filters like category, rating, year of release, genre, and more.

On the home screen itself, a dedicated section highlights the content that you have watched/watching. You can resume playback from the part where you left off. Apart from this, Stremio, based on your viewing habits, intelligently provides you with recommendations as well.

Create your own Video Library

You can add titles to your Stremio library and even generate a calendar visualization of the same. The calendar will let you know about the upcoming new episode or a movie premiere.

One app covers all

This is probably the best feature of Stremio. With so many OTT platforms out there, you have to switch between one another to catch newly released content. However, this is not the case with Stremio APK on Android. With the help of add-ons, you can watch content from different providers like Amazon, Netflix, YouTube, iTunes; in Stremio itself. 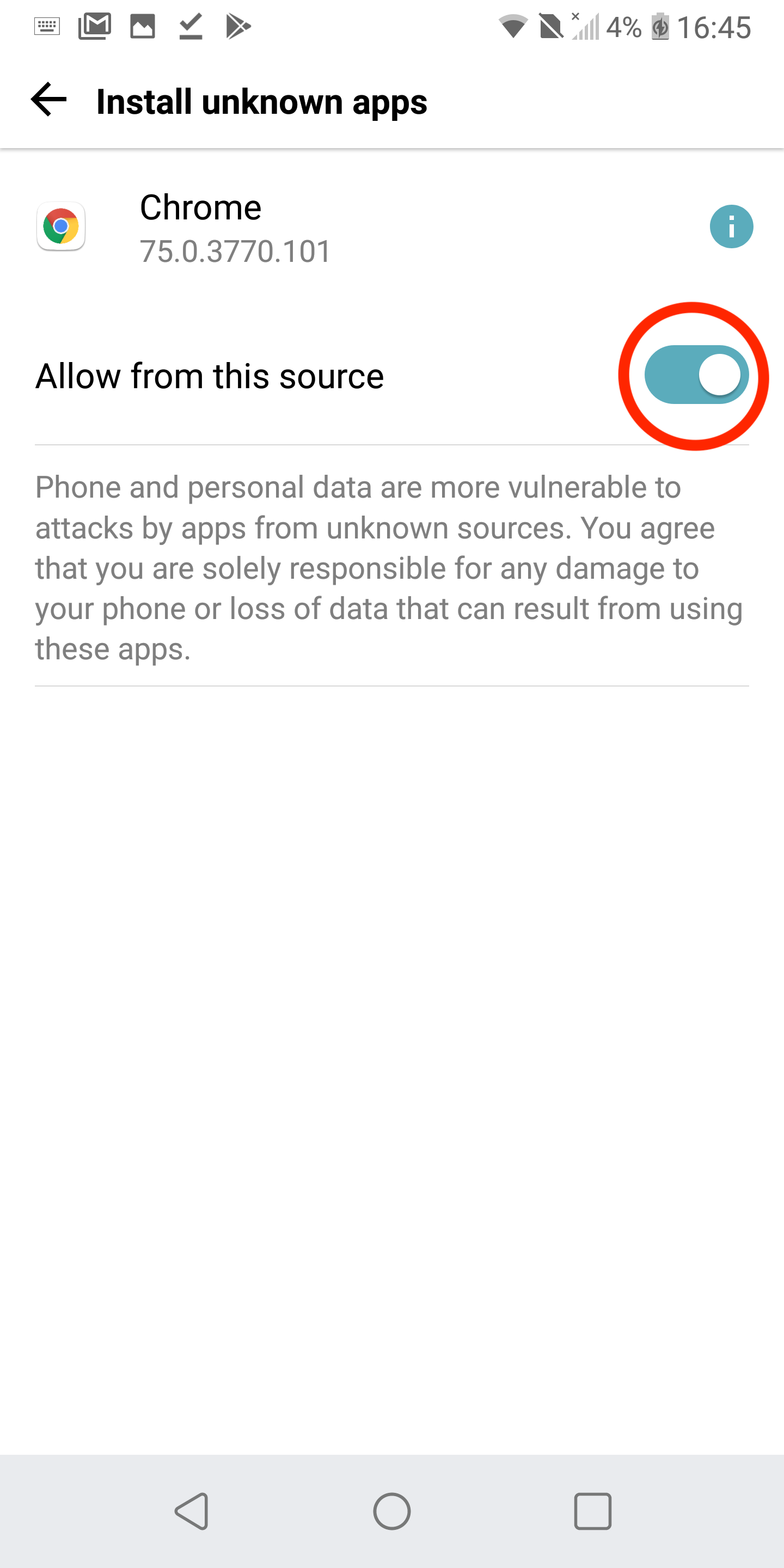 After you have downloaded the APK file on your Android mobile device, please follow the below steps for the installation. 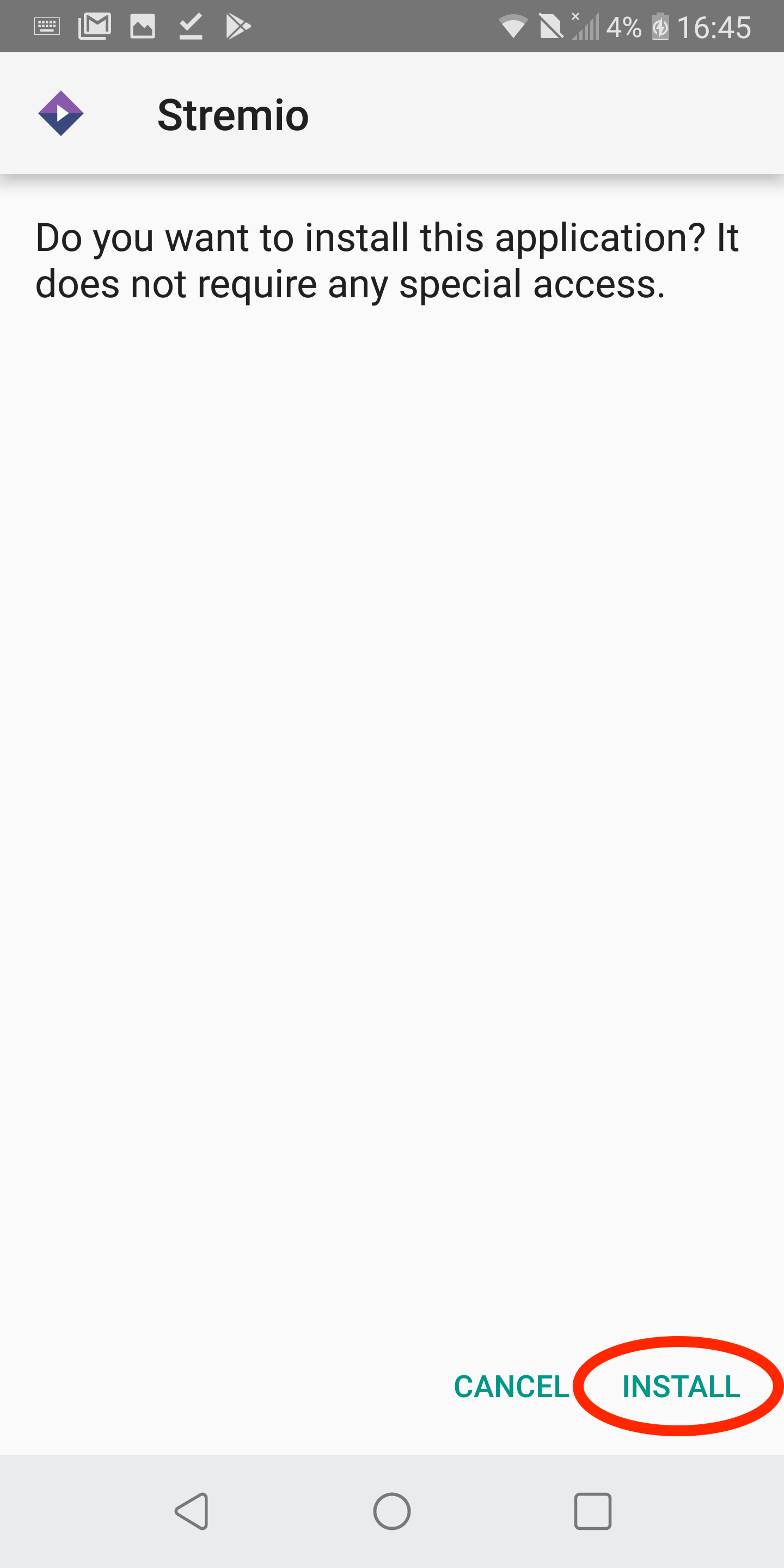 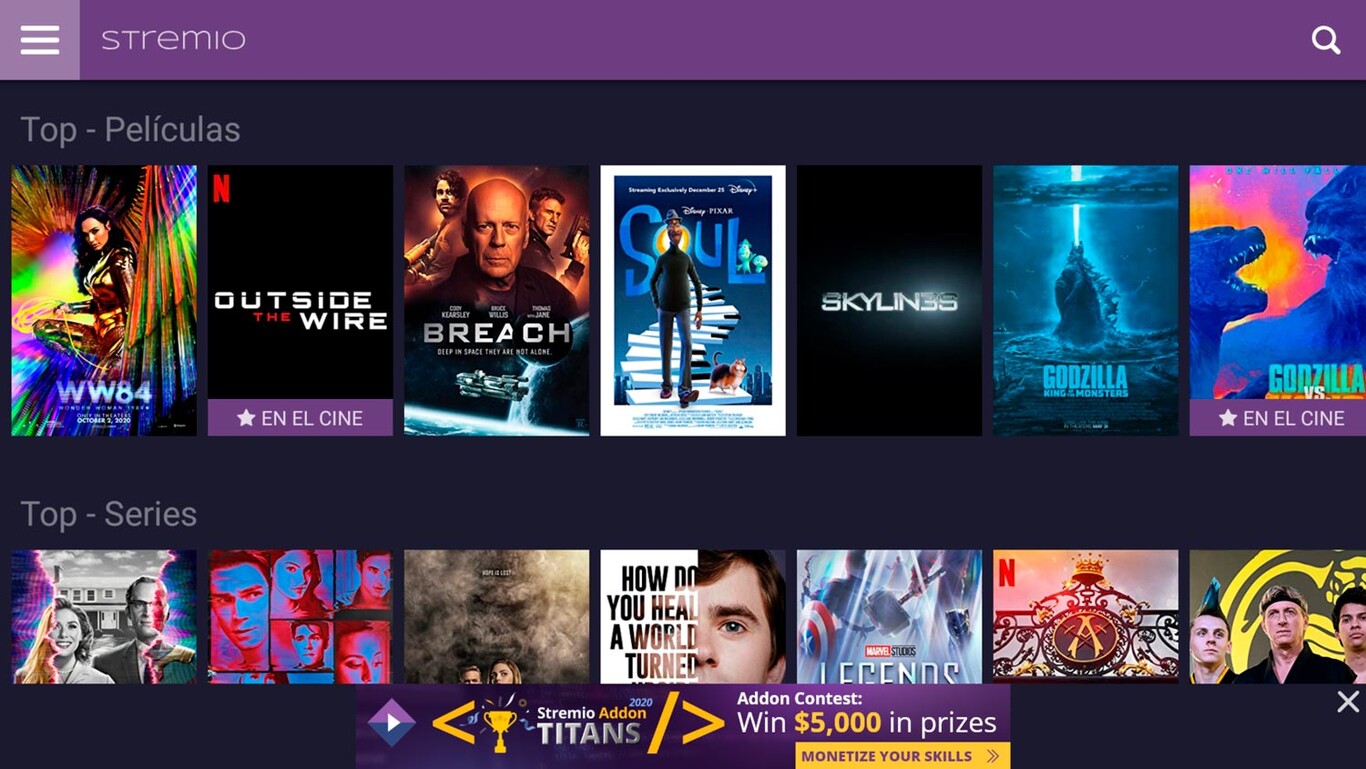 How to Install/Uninstall Add-ons for Stremio APK?

Without the add-ons, you cannot get any content on Stremio. There are official add-ons maintained by the developers of Stremio itself and then there are community add-ons. Under community add-ons, users can create and publish their own add-ons. So, what exactly are add-ons? You can call add-ons as the search engines that users utilize to look for content. Follow the below steps to install add-ons for Stremio on Android.

Users Unable to Install Some Add-Ons via Stremio [Fix*] 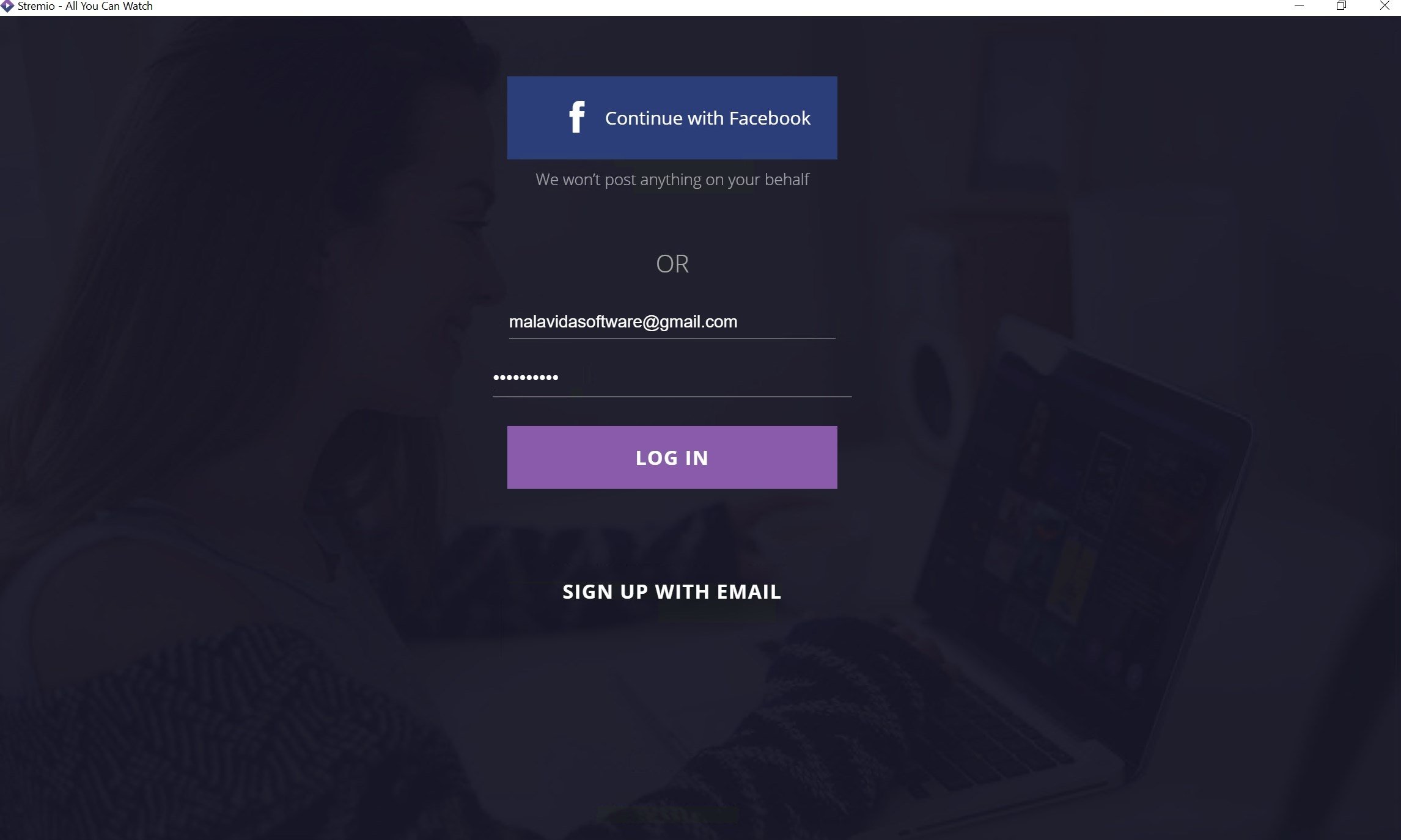 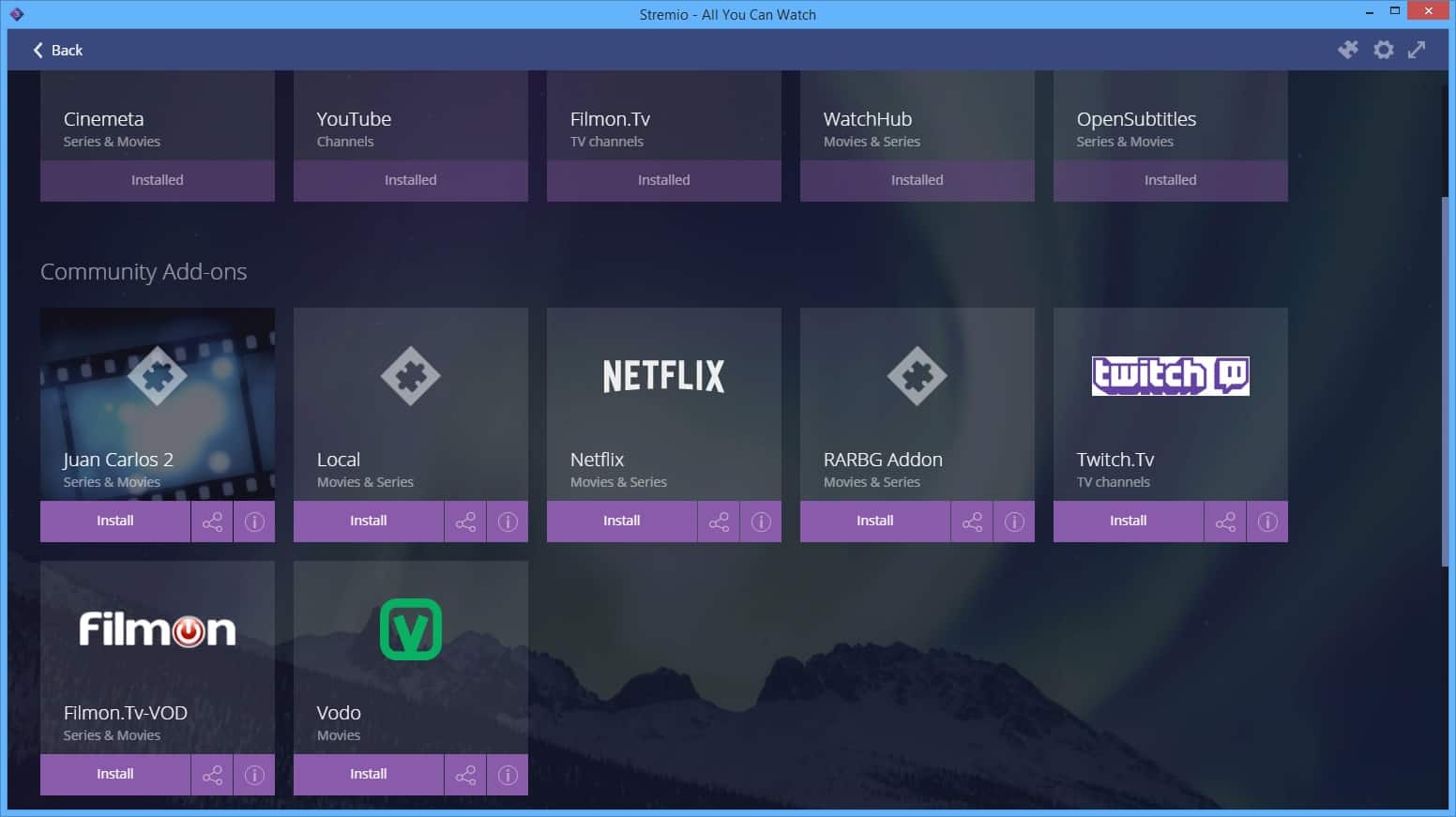 In this section, we will cover certain common issues raised by our users and their fixes.

Video is Buffering all the time

If your internet connection is working great but the video still keeps on buffering, it could only mean one thing. The source of that video, provided by the respective add-on, is not good. Unfortunately, apart from checking the availability of the same video on a different source, you cannot do anything about it. So, install a different add-on and see if you can locate a different source for the same video.

Unable to Chromecast on Windows 10

This is a common issue reported by Windows 10 users. The root cause behind this is the Windows Firewall. Follow the below steps to fix the issue. 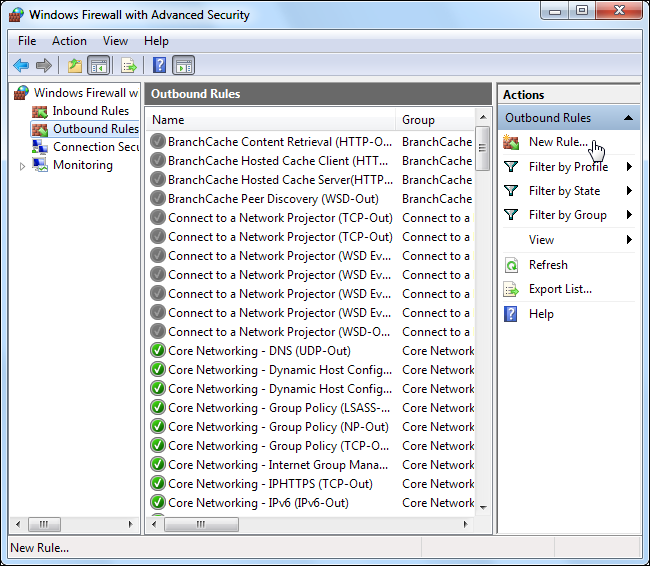 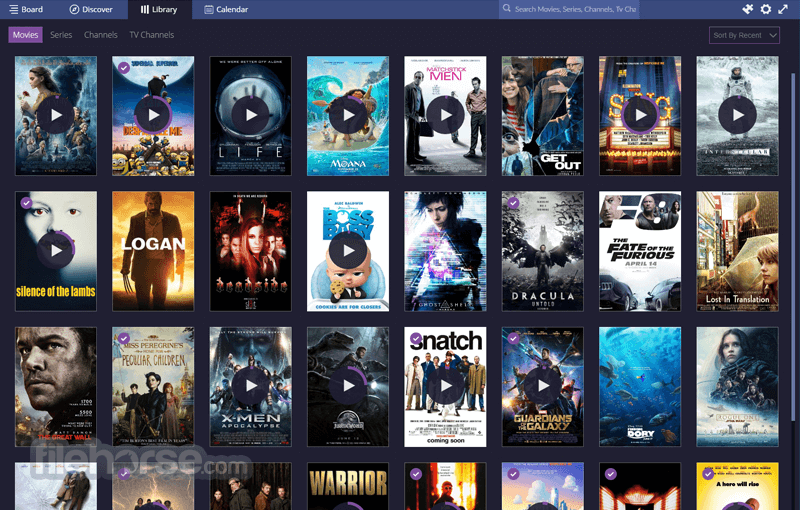 Please note that Stremio provides subtitles from the OpenSubtitles service. Stremio is not creating subtitles files on its own. If you find that the subtitles are not synchronized with the video, please go to the dedicated subtitles menu and adjust the timing of the subtitles using the + and – buttons.

Add on was available earlier but not now

As you already know now, Stremio has no control over the community add-ons. Therefore, if an add-on was available earlier and the same is not available now, you might have to take that up with the add-on creator.

Q – Why is Stremio taking up my disk space?

Stremio comes with a local cache that temporarily stores the video files that you stream. You can set up a fixed space for the cache under Cache Settings in the Settings panel.

Q – Can I run Stremio in my browser?

Not at the moment! However, this feature is coming soon.

Q – Can I stream torrents on Stremio?

Stremio does support Bit Torrent as a streaming protocol. You can use it in the following three ways: 1. Using a torrent add-on. 2. Dragging and dropping a torrent file into Stremio. 3. Paste a magnet link into the Search Bar

Q – Can I download a video from Stremio and watch it offline?

Offline availability is an upcoming feature on Stremio.

<>Q – Can I request the developers to add a particular movie/TV show on Stremio?

No! As mentioned before, Stremio utilizes official as well as community add-ons. Therefore, if the title that you wish to stream is not available on any add-on, there is no other way that the developers can add it for you. Therefore, more add-ons you install, more content you will be able to locate.

Q - Does Stremio has ads?

Q – What other devices Stremio supports?

Stremio comes with desktop apps for Windows, MAC, and Linux. Stremio does support iOS as well; however, limited functionality is available, as of now, on the same. As far as Android-based devices are concerned, you can run Stremio on Nvidia Shield and Amazon Firestick as well. However, the same do not carry official support.

That is all regarding Stremio on Android from our side. Go ahead and install Stremio MOD APK on Android. Use the app and let us know about your thoughts and the feedback for the app in the comments section provided below. Feel free to get your doubts cleared, questions answered, and confusions sorted.

About the Author: John Carter